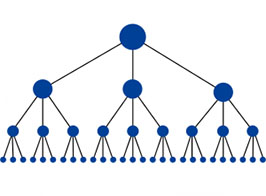 With  1 billion (and growing) users, Facebook and its’ pyramid effect has the capacity to reach a limitless audience for minimal, if any, expense.

When looking for cost effective ways to promote, engage and interact with your audience, many nonprofits have discovered that nothing compares to the results they see behind an active social media presence.

One user in the video below mentions how they’ve discovered their social media presence is as helpful as their website and email campaigns when it comes to raising funds and awareness for their cause. 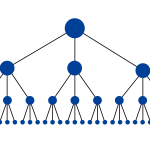 Social media is a natural tool for outreaching and engagement with content that stays active and in front of the audience; unlike flyers that are costly to create and often times end up in the trash or simply set aside and forgotten about once they’ve been read.  Your information is delivered thousands times over when it’s posted on an active social media network.

And as things are picked up and have momentum on the social network, more and more people start to get curious about what’s going on and then their interest is piqued.  Boom—another potential member for your ever growing audience.  It’s a beautiful thing!

Enjoy this video from real time nonprofit social media users as they talk about how they have incorporated the tool as a part of building their supporter base.

a child’s right & the Gonodaya school from Splash on Vimeo.

The 2011 Social Network Benchmark Report supports reasoning behind why some nonprofits have not yet begun using social networking for their cause. Nonprofits who have not yet established a presence on Facebook or other social networks report that lack of strategy is the reason they stay off, according to the report. A lack of staff, budget as well as expertise are also contributing factors to not having a social media presence.

Yes, making the commitment to interact and engage with your social media audience takes time and dedication but the results of those efforts can’t be denied.  Sometimes a little bit of help getting started is all it takes to outline a plan and get things rolling.  Give us a call and see how we can help

Profiting the Non-Profits from Trevor Green on Vimeo.