It can be a challenge for colleges and universities to do fundraising. In this day and age,  it goes way beyond than just about asking your alumni “Can you give us some money?”. Don’t know what to do for your school’s next fundraising campaign? Have no fear! Here are some fun and creative fundraising ideas you can try with the help of email marketing automation.

Think of a day that holds significance for your college or university (the anniversary of its opening, perhaps?) and set up an automated email to be sent on that day. Maximize your email by including a story that engages your potential donors.

It could be an emotional and inspiring story about an alumni who went on to achieve great success after overcoming a ton of challenges in life, complete with images that relate to their story. Your email should also include a (CTA) that moves your donors into performing the desired action, instead of a button that simply says “Donate Here”.

Raffles and similar contests are a popular choice among colleges and universities. Who doesn’t like winning an expensive prize in exchange for just a few dollars, right? You can leverage people’s love for contests by doing an email raffle campaign.

One of the best prizes you can give to entice your alumni into donating is a brand new car. Now, the question is: Where do you get one? You can actually talk to car dealerships in your area to donate a car to your cause. A charitable donation is a tax deductible item, so they will likely be open to the idea of giving you a brand new car as a donation.

To be eligible for the prize, ask donors to donate a certain amount. If you’re giving a way a brand new car, you can ask for donors to donate $30 which would be equivalent to one raffle entry. You can also incentivize donors to give more money. Based on the previous example, if a donor gives $150, they get five entries plus an additional raffle entry.

Peer-to-peer fundraising is effective because your donors can do some of the fundraising legwork for you. It’s a great way to raise money if you are working under time and financial constraints.

Here’s how it works. Let’s say you are organizing a fundraising marathon or bike-a-thon event. To start your preparations, you can set up an email campaign informing your list about the event. 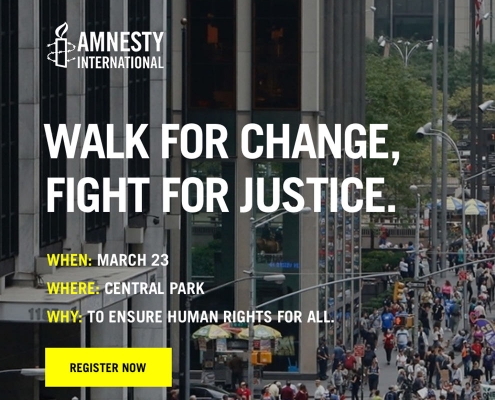 Peer-to-peer fundraising enables you to expand awareness through word of mouth, which is still one of the most powerful methods of marketing even in today’s increasingly digital world.

How to make your email marketing ideas even better

To make the most out of your fundraising campaigns, here are some pointers you need to take note of.

Just asking for donations is a no-no.

Yes, you can probably get away with just sending emails to your alumni soliciting for donations without justification. However, that doesn’t mean you should do it. A huge chunk of your donors is probably going to be millennial twenty-somethings who are still paying off thousands of dollars in student loans, so it isn’t a good idea to ask them to give you their hard-earned money and not even tell them where it’s going.

To remedy this, send content to your donors and show them what happens to their donations. Make them care about your cause by writing engaging content with a lot of emotion.

This is the most important thing you can do for your fundraising campaign. After all, your donors don’t want to feel like you don’t care about how they feel after you asked them to part ways with their money.

If your donors have questions like where the donations go or how else they can help outside of giving you money, answer them. It builds engagement and increases the likelihood of them donating again in the future.

Personalization is not just for businesses—it’s for nonprofits like schools and universities too. You are basically asking people for money, so it wouldn’t hurt to include your donors’ names in the subject line of your email and send them email greetings on their birthday.

These ideas are just the tip of the fundraising iceberg. As long as you have the imagination, there is literally no limit to what you can do for your next campaign. You just have to make sure that you plan accordingly and keep the aforementioned tips in mind.

Lane Harbin is the Senior Content Marketing Manager at Campaign Monitor, an easy-to-use email marketing platform that empowers marketers to send targeted campaigns that grow their business. When she’s not geeking out over email marketing, she enjoys binge-listening to podcasts, catching up on the latest tech news, and constantly rearranging her living room.