I’ve been a busy bee!

Wow, I didn’t realize how much of a slacker I’ve been at getting something out here lately.  With everything else going on lately, the blog has definitely fallen down on the 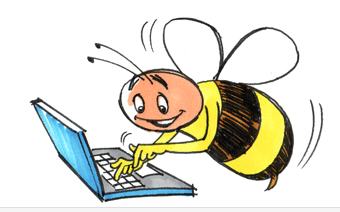 To recap:  we’ve had some smashing victories in February.  Valeo inked our deal with Boom, LLC and have begun production on a new LMS system that is going to be revolutionary.  We’re all very excited about this, because it represents some of the most cutting edge work that we’ve ever been able to take on.   I have to imagine that any of our (at least local) competitors would be crushed by a project of this magnitude- 2000 hours of development time to be delivered for an August 1 go-live (that’s a 6 month turnaround!).   The ideas are flying like crazy around the office, and working on the UI/UX (user interface/user experience) for this project has everyone here really excited!  More to come on that down the road.  As soon as we get past the initial UI designs we’ll begin work on the demo commercial that will be showcased on the site and in our other marketing efforts.  This project is going to be the JAM!

We’ve also had some victories internally on completing some processes that were long overdue, and we’ve had a promotion!  Matt Mauck has been promoted to his new position that is going to give him more responsibility and will put him in a role that entails more client/dev team interaction.  Its time for me to step into a more passive project management role as I’ve been busy on my own.

I had several proposals for some meaty projects to get out this week, so that has been a struggle to fit into the schedule along with my presentation that I had to get done for the Sales & Marketing Society on ROI Marketing for your business:  driving top-line growth through your website. As soon as I can, I’ll get that up on here since I know several of you who attended were requesting a copy of the PowerPoint.

That lecture was also a success – I had a lot of fun with it, and have subsequently been asked to join the Sales & Marketing Society as a board member to fill a position that is being created for me: director of social media.  I’m thrilled to be asked to join this organization and I’m excited about what I can bring to the board in the coming year.   In similar news, I was accepted as a Fellow into the 2009/2010 class of the Leadership Academy.  This is an amazing opportunity and I’m so honored to be chosen.  I think that is going to teach me a lot about being a leader in our organization, as well as in the community.

Some of you may be aware, but community support is very dear to me- which is why I founded the MemphisCares.US program.  Unfortunately, running a business and trying to get a community support program off the ground at the same time in a down economy has been difficult, but I refuse to give up because I believe that we have a responsibility to give back.  I hope to learn how to more effectively do that through the Leadership Academy.

I’ve been talking to some people about getting a new marketing/PR person to come into the organization and help us continue to grow, and I think that the time for that is drawing near.  Hopefully sooner than later- I need a break and some help would hopefully do that for me!  If you’re a local and you know of anyone who would be a good fit for what we do then please contact us!

I will get back to the blog soon, I promise.  I have scores of great content that I want to get out to you- just finding the time is tough sometimes. I know every person reading this can relate!  For the moment- this is my blog post, read me search engines.  I think I used a keyword or two in here =)

https://valeomarketing.com/wp-content/uploads/Valeo-Digital-Horizontal-85h.png 0 0 Valeo Marketing https://valeomarketing.com/wp-content/uploads/Valeo-Digital-Horizontal-85h.png Valeo Marketing2009-02-19 20:21:422021-04-09 15:33:25Oh yeah, the blog- isn’t that good for SEO?
Being an Effective Marketer in a RecessionHow to build a site with ‘draw’ for visitors
Scroll to top